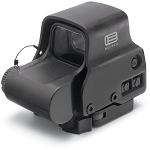 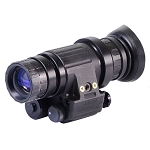 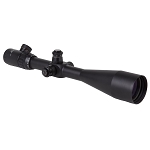 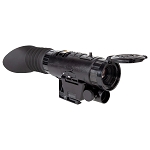 The original Barr & Stroud Company was founded in 1913.

Archibald Barr and William Stroud had been associated from as early as 1888 when the two men were professors of, respectively, engineering and physics at the Yorkshire College (now the University of Leeds).

In 1891 they were approached by the Admiralty to submit a design for a shortbase rangefinder for trial. By this time, Barr had returned to Scotland and taken the post of Regius Professor of Civil Engineering and Mechanics at Glasgow University. Although now apart Barr and Stroud kept in close touch and in 1892 they were awarded with a contract for six of their rangefinders.

In 1895, Barr & Stroud's Patents Ltd was renting workshop space at 250 Byres Road, Glasgow but demand for the product soon necessitated a move to larger premises in Ashton Lane, Glasgow. By 1904, 100 men were working for the company in a new purpose-built factory in Anniesland, Glasgow.

Shortly thereafter, in 1909, Stroud resigned his chair at University of Leeds and moved to Glasgow to work for the company full-time. Barr, in spite of a distinguished teaching career, followed his example in 1913. Together they formed Barr & Stroud Ltd.

In 1914 they began extensions to the Anniesland works in order to meet the sharp increase in demand for their rangefinders that followed on the outbreak of the First World War. The war years saw the development of other products, including a torpedo depth recorder, a periscope rangefinder and a dome sight for aircraft.

During WW1 there was a problem with the supply of binoculars to the armed forces and apart from the British makers, binoculars were brought in from various sources. So it was only natural that the military would be looking to rectify this problem. At the time Zeiss was probably the leading manufacturer and the military thought this may cause a problem in the future.

It was c.1919 when the company started producing their first binoculars which were supplied to the British Navy, and from then on the company never looked back until c.1977 when they were taken over by Pilkington’s Glass, who in turn sold the company on to a French company, Thales. In 2008, the Barr and Stroud brand name was brought back to the UK and the trade mark was re-registered. With it came the renaissance of the brand name accompanied by the development of a new range of quality binoculars and telescopes.